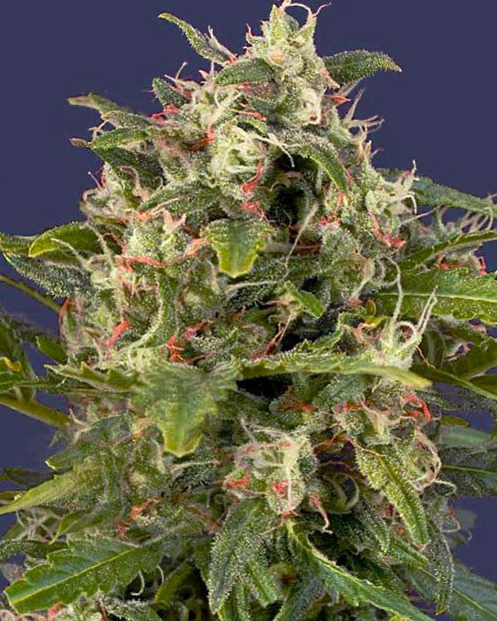 One wouldn’t expect something as sweet as a pineapple and savory like a pizza to go together, but it deliciously does. Aptly named, the Hawaiian pizza is truly a slice of paradise and Pineapple Express, an in-demand cannabis strain, is no different. Made from the compelling blend of Hawaiian and Trainwreck strain, this strain bears the striking aroma of freshly picked mangoes and apples along with a bit of pineapple.

It is predominantly a Sativa based strain but being a hybrid, this strain has quite a lasting effect on its users, leaving them buzzed for a while. But, the buzz that accompanies the Pineapple Express is the kind of buzz that is going to give you that creative burst that you have been looking for, for quite some time.

This strain is a high yielding strain that requires about 9 to 10 weeks to complete its flowering phase. It mostly favors a temperate climate and provides good quality yield as a result of both indoor and outdoor breeding, showing impressive rate of resistance against almost all sorts of molds or diseases. It is a non-temperamental sort of a strain that doesn’t give a first-time breeder much of a hassle.

Not only that but its users love using it on a regular basis seeing as it not only uplifts their mood but also complete the tasks they have been putting off for a while. Although its THC levels are quite high compared to other Sativa strains, the high associated with it is the relaxing sort and is certain to improve your mood, no matter what setting you are in. Thus, if you are a first time user that is a bit skeptic about marijuana use at all, then this strain is certainly going to ease your conscience and change your mind altogether.