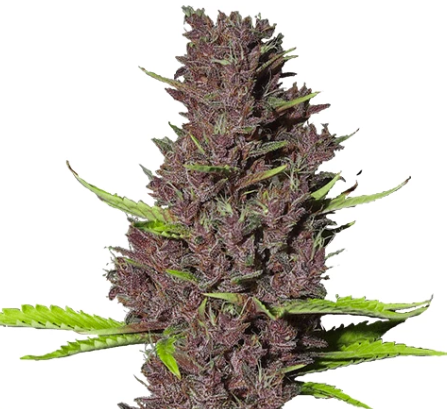 This strain is unarguably the most popular strain in the world of cannabis. If you’re an avid smoker, there’s absolutely no chance that you haven’t heard of Blue Dream.

It is the most sought after cannabis strain on the West Coast which goes to tell you how people are nuts for one puff of this weed.

It is made from a cross of a Blueberry Indica and a Haze Sativa. It mostly has a blueberry taste due to its Indica parent but some qualities of sativa can be observed in this strain too.

This plant has a very high percentage of THC content, which makes it one of the most sought after cannabis strain for experienced smokers. This strain has said to cure severe cases of pain, depression and insomnia as well as a number of other medicinal properties.

Easy to Grow with A little Longer Flowering Time

It is considered to be an easy plant to grow. But, don’t take these little devils lightly. There are a ton of things that could grow wrong during their flowering process. The buds take about 9 to 10 weeks to complete the flowering process.

The plant tends to get really tall really quickly, thus growing it outdoors is the best way to make it grow. However, growing it indoors is also a popular choice. All you have to do is take care of proper toppings, which can prevent the plants from outgrowing your space.

Blue Dream doesn’t really ask for any specific climatic conditions. Hot or cold, It will grow well nonetheless, making it a good choice for outdoor breeders.

What do you do when you want aa smooth buzz going in the middle of the day that is going to give you the buzz that you have been looking for? Well, you go for Blue Dream. An amazing strain of marijuana that not only hails from the west coast, but is also known to give you that chill west coast vibe, that you are going for, is the answer to all your questions. Humboldt Seeds came up with this award winning feminized strain that was declared the popular strain by BDS Analytics back in 2015 and has been all the rage since.

This strain first came out of California. Just like most of the great seeds bred in California, this strain quickly became one of the most sought-after in the United States. The parents of this plant are Blueberry and Super Silver Haze, both of which are considered to be some of the greatest marvels in the world of marijuana. Being a hybrid that is Sativa Dominant, this strain is well known for being really relaxing.

Generally, the Blue Dream Seeds produce pretty stable plants. This plant can be grown both indoors and outdoors. It is also pretty good in humid weather and Mediterranean climates. The plant is resistant to mildew. However, it is highly vulnerable to spider mites. Breeders growing this strain outdoors tend to have a much tougher time dealing with the parasites. So, it might be better if you grow them indoors where you can control the environment. Most of the time, breeders have to trim the broad leaves at the top of the plant. Otherwise, the lower branches will be severely deprived of sunlight and air.

The plant likes to grow, just like other plant. But, this one likes to really take up place around it, thus it is worth saying that it grows A LOT. The most common problem with this seed is that breeders run out of space while growing it. While grown outdoors, this plant can grow up to a height of 4 meters. The buds will be ready to be harvested during mid October.

The flowering period usually takes up to 65 – 70 days regardless of the growing environment. However, the yield of the plant highly depends upon the growing environment. For instance, indoor-grown seeds have up to a maximum of 500 gram per meter square. But, when grown outdoors, this plant can have up to 3 kg of yield per plant. So, that goes to show that this plant is the perfect example of high risk, high reward. All you have to do is deal with the parasites appropriately and the yield will be everything you can ever want.

The plant has medium-sized buds that are have a nugget-like shape. The leaves are dark green. However, the leaves and buds can turn blue in climates where the temperature drops lower than 50 degrees Fahrenheit. The buds are really hard, with a thick lining of resin. Trichomes of this plant are typically clear in color. The flowers are sticky and require a grinder to be broken. The aroma of the plant is fruity with a distinct side of spicy Haze and cedar wood. Blue Dream has a high THC level of 20% that can go up to a high of 26%. Further characteristics of the weed itself are given below:

The flavor of this marijuana is highly similar to its parent strains. Every smoke smells like a cocktail of fruits featuring blueberry, citrus and lemons. It also has a slight spicy and sweet undertone. The variety of aroma is basically the reason why this strain is so famous around the world.

The flavor mainly comes from the Blueberry strain and each smoke is filled with a potent taste of blueberry and side notes of spices and herbs. To balance out the diversities of flavors, there is a mild sourness that goes well with the existing palate of this weed.

All this might seem like a lot for some smokers out there. But, the flavor is far from over-whelming. It hits quick but it won’t have the same effect as other strains. It is a pleasing sensation for the taste buds and novice and pro smokers alike will enjoy the different flavors this strain brings to the table.

A large majority of the users prefer Blue Dream because of its mood-altering euphoria. The sativa-dominant strain doesn’t have too severe physical effects. You will definitely feel a calmness and numbness in your entire body.

However, the numbness doesn’t have a couch-lock effect. It does the exact opposite and boosts creativity. This marijuana can help you tap into your creativity reserve and help you get that extra confidence and focus.

The strain is really potent and it hits you quickly. There are some effects like hearing amplified sounds and colors seeming more vibrant than they are. But, these aren’t too severe and most people probably won’t even notice them. They are only going to experience the world in a richer way than they are used to.

Moreover, the psychological effects of this weed are highly surprising. You’ll start to like the music you usually dislike, you’ll enjoy plays and even socialize with people that you hate. Effects of this strain and long-lasting and the tingling sensation will last for hours. This strain is used as a daytime strain. So, if you don’t want to be staring at the ceiling for the entire night, don’t use this strain after 7 pm.

This strain doesn’t have severe downsides. Some people claim that they felt paranoia after using this strain. However, anxiousness is only a side effect if you smoke a ton of Blue Dream within a short period of time. The marijuana has a harsh smoke the can hit your sinuses hard and cause coughing as a result.

Some users have also complained of blurred vision. Speculation is that the blurred vision is a result of the combination of Blue Dream and mild dehydration. Just make sure you drink a ton of water otherwise dry eyes with blurred vision will become a bit of a problem.

Blue Dream is perfect to cure chronic ailments. People that have recently had some sort of major surgery can easily counteract the pain with a few puffs of this weed. It is known to cause headaches, migraines and inflammation.

As said earlier, the strain also has pretty deep psychological effects but not too severe physical effects. You can conveniently treat minor problems like anxiety and depression. You could even use it to brighten up your mood. Blue Dream is often recommended to people suffering from mild cases of Post Traumatic Stress Disorder.

Blue Dream has been seen to provide results when used to cure loss of appetite and nausea. These ailments aren’t as effectively cured with this marijuana, but it can make a huge difference nonetheless.

The internet has no shortage of places to buy these seeds. Some sites are given below:

So, you probably know everything about this strain. If you aren’t convinced, then go ahead and take a leap of faith and try these seeds. We can guarantee that you won’t regret it.