Marijuana, like everything else, has suffered from inflation. Back in the 70`s, it was sold as an illicit drug. Nowadays, it is more of a commercial crop, with the prices guided by the supply and demand of any given area. 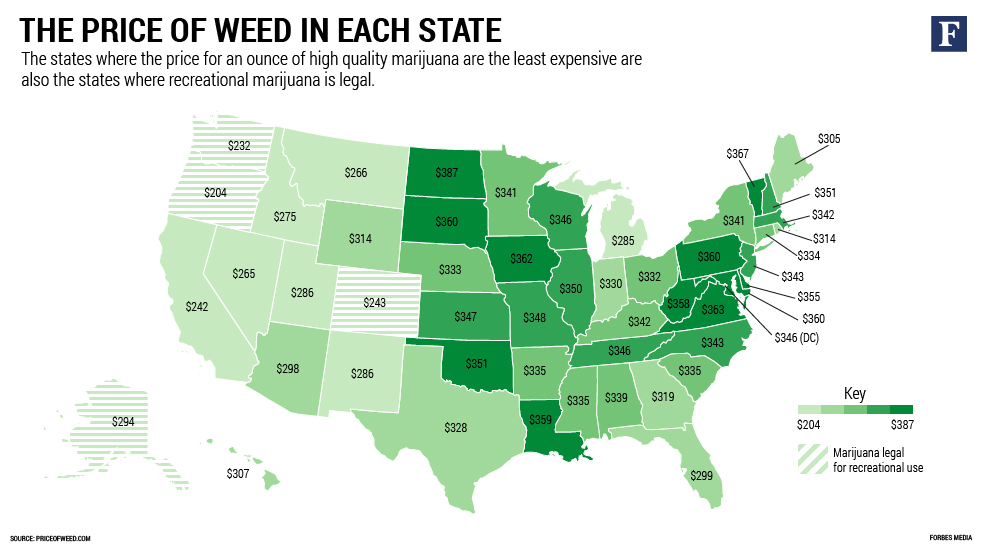 With the ever-increasing supply, and due to the proximity of, the border to Mexico, marijuana prices have taken an extreme swing throughout the `90`s, although they have remained fairly stable for the last several years.

Mexican marijuana profits increase greatly when the retail sale is made at the greater distances from Mexico . For example, 500 pounds can be bought for $50,000 in Juarez and resold in St. Louis for $400,000. The profit margins increase significantly, the farther to the north, east, or west the marijuana travels from the source of original sale.

In 1995, it was estimated that the American people spent $10 billion on marijuana. The estimate for 2005 has dramatically jumped – the government estimates that $19 – $20 billion will be spent on marijuana this year.