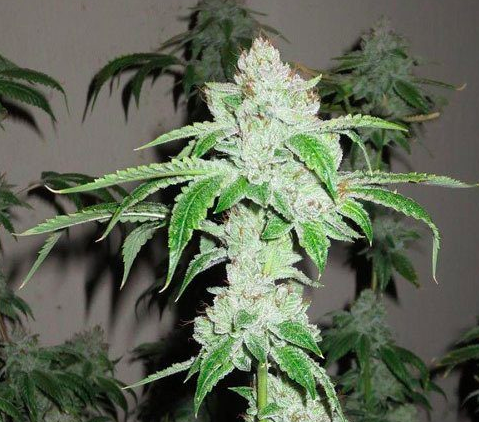 Taken from the Notorious OG Kush

This strain is mainly living off the fame of one of its parent’s, the notorious OG Kush. Its parent’s legacy is something that certainly made this strain quite famous, still the True OG did also make quite a name for itself by snatching the second Indica spot on the High Times Medical Cup back in 2010.

This weed is one of the most potent strains out there, with a THC level at 22%. That might not seem too harsh to some people but, trust us when we say this, this marijuana packs a serious punch, the sort that puts you out for hours on end. A large amount of first timers complained that this strain left them with a really bad headache, but the ones that get used to it certainly get used to its unique euphoria.

The weed has the distinct aroma of a flower with a side hint of citrus, evergreen and lemon.

It is the sort of a strain that performs well as a result of both indoor and outdoor cultivation. The seeds have a decent amount of resistance to molds and diseases so growing outdoors isn’t that big of a problem. If you’re going to be growing outside, then make sure you’re in a hot and Mediterranean climatic area. Otherwise, the end product might not be as decent. Flowering can take up to 9 weeks.

Be careful for the Hit

True OG is a strain only for the toughest of smokers out there. So, if you’re still getting used to smoking weed, then stay far away from this strain. But, if you’re an expert smoker, then we can guarantee that you’ll learn to love this strain.