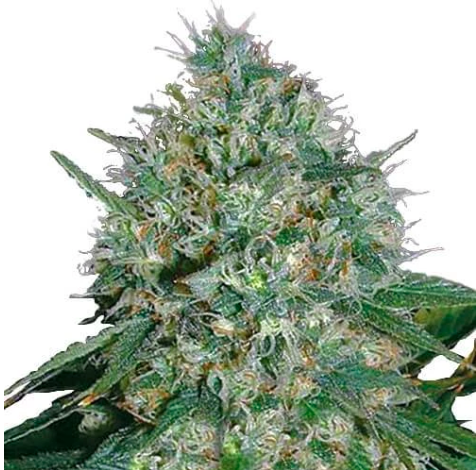 Calling White Rhino a cultivator’s bread and butter might not be that much of an overstatement. These seeds are another one of the all times best cannabis strains coming from the one and only White Widow.

The genetics of the seed are a little mysterious. Some people say that the strain was created by combining White Widow and an unknown strain from North America. The plant has heritage of Afghan, Brazilian and Indian. This weed from Green House seed is extremely popular for being one of the highest yielding cannabis strains in the world.

Moreover, it is a little heavy on the potency side with THC content reaching 20% and an extremely low CBD and CBN of 1%. White Rhino is extensively used medically to cure physical pains and relieve stress, anxiety, depression and reduce chances of migraines. This strain contains the best of both worlds and comes highly recommended by both its users as well as breeders.